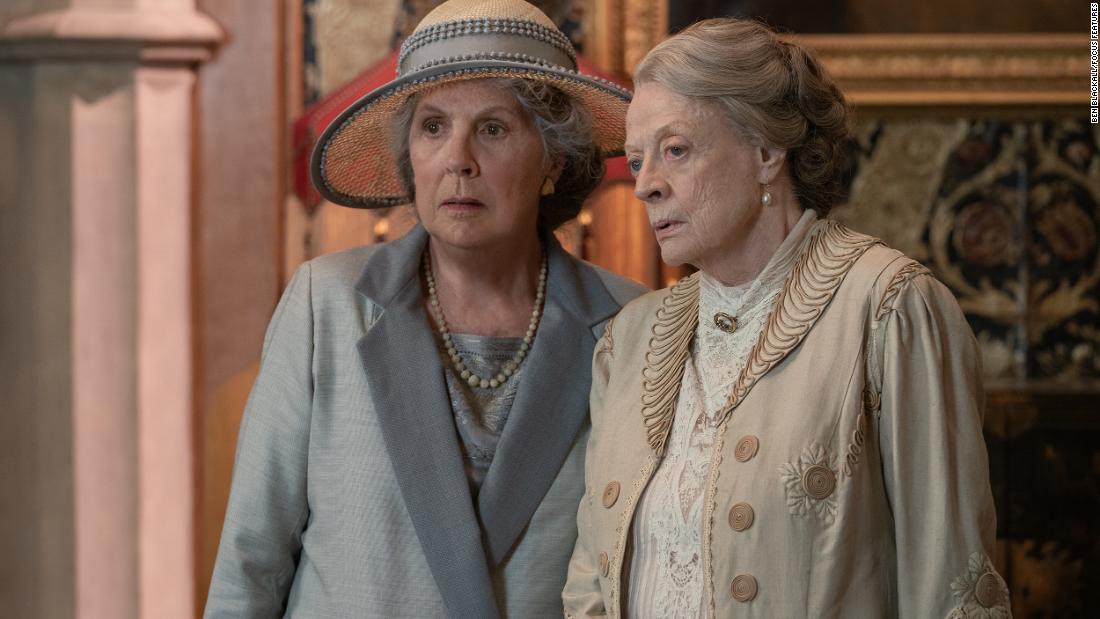 Coming three years after the first movie and six since the PBS show signed off, this “Era” finds everyone looking a little older, with even the indomitable Dowager Countess (87-year-old Maggie Smith, who really deserves an Oscar push to go with her three Emmys for the show) having lost a step, but none of her rapier wit.

After a slow-ish start, the two flourishes wind up splitting the cast spatially, while creating opportunities to bring some new faces into the mix: An unexpected windfall in the form of a French seaside villa, mysteriously bequeathed to the Dowager by a man she’d known decades earlier; and the grudging decision to let a film company shoot a movie at the grand estate, the year being 1928, as the world is making the transition from silent pictures to talkies.

It’s a lot, and at first blush, that second plot feels a little too much like an homage to “Singin’ In the Rain,” with the silent stars (Dominic West, Laura Haddock) fretting about their futures and the assorted servants, with a few notable exceptions, simply gaga over being in their presence.

Still, writer Fellowes and director Simon Curtis (new to “Downton” but the husband of Elizabeth McGovern) are getting at something in terms of change intruding on this mannered world. And they cram in enough melodrama for a season’s worth of episodes, which includes shifting dynamics among the principals, with Lord Grantham (Hugh Bonneville) clearly deferring more to daughter Mary (Michelle Dockery).

“You’re the captain now,” he tells her, when deciding on whether to let the movie folk intrude on their palatial home.

Some past developments have closed certain doors. Edith (Laura Carmichael), to cite one example, after her past struggles, is a less fertile source of drama now that she’s happily married, and rightly so.

Yet there are still plenty of subplots to explore, from Daisy (Sophie McShera) and her cramped living situation to the complicated Barrow (Robert James-Collier), who has found his bosses more accepting and enlightened about his being gay than the early 20th-century world at large.

As time passes, the sense that it’s time to retire this cast and this iteration grows stronger. Having begun the story before World War I, there’s always been the lingering question of what awaits this aristocratic family and those in their employ as the second World War, and the conditions leading to it, come into view.

Whether intended or not, if this were to represent a final visit to Downton in this form, it would actually be a nice place to leave things — all but the heartless should expect to shed some tears — with the pragmatic understanding that even with Fellowes moving on to “The Gilded Age,” “Downton Abbey,” the franchise, is too attractive a piece of real estate to let go untended for very long.

Seen that way, it’s possible to thoroughly enjoy this latest chapter in the “Downton Abbey” saga and come away feeling like it’s an appropriate place for Fellowes and company to let “The New Era” serve as a proper sendoff to the old one.

“Downton Abbey: A New Era” premieres in US theaters on May 20. It’s rated PG.