Warhol Museum Reimagines the Factory in a New ‘Pop District’ 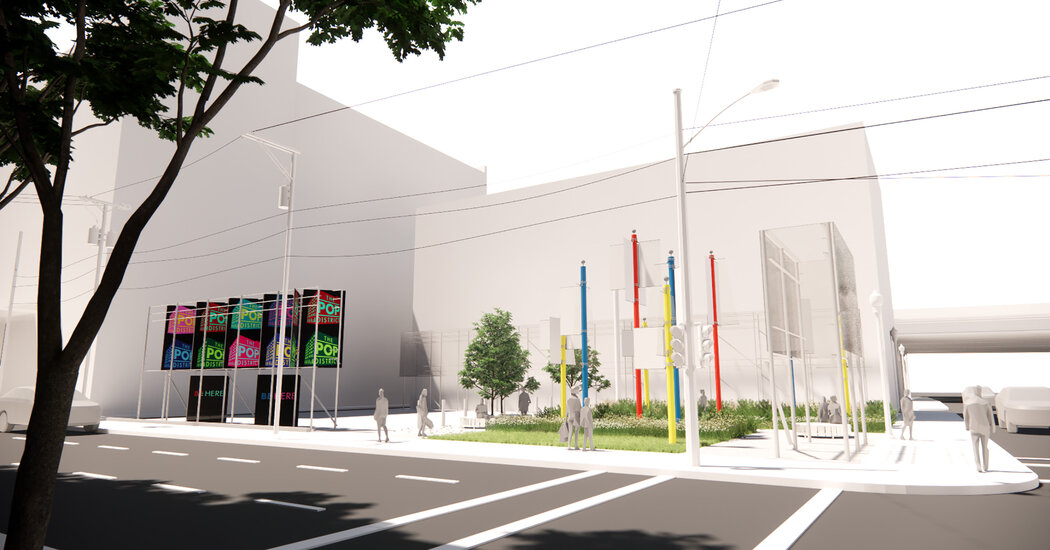 Over the years, Moore said, the Warhol has earned a healthy revenue from touring exhibitions like “Andy Warhol: Revelation,” which examines the artist’s Catholic faith in relation to his artistic practice and is currently on display at the Brooklyn Museum. But then the coronavirus pandemic caused museums across the country to shut their doors.

“When something like a pandemic comes along, it doubles down on the idea that this is a pretty volatile business model,” Moore said, adding, “The museum was set up with a treasure trove of art but without an endowment.”

The Pop District is meant to provide a basis on which to start expanding the museum’s endowment — Moore said that the museum’s belief was that it had to do something new to spark that — while also creating new sources of income. Museum officials estimate that the district will be built in two phases over about 10 years and cost about $60 million. The first phase is being financed by commitments of $15 million from the Richard King Mellon Foundation and $10 million from the Henry L. Hillman Foundation. Some of that money has gone toward the purchase of a nearby parking lot that is intended to be the site of a performance venue that will accommodate 800 to 1,000 people and is to be built in 2024.

The mural and the sculpture are to be followed in July by another part of the museum’s expansion. Several dozen young people ranging in age from their teens to their twenties who have been working as employees and paid interns for an in-house, museum-run group called Warhol Creative are scheduled to move into the seventh floor of an empty office building next to the museum. There, they will continue creating Instagram and TikTok content for the Warhol while being trained in digital skills and taking on projects for outside companies, like Dell, that are expected to bring in revenue to sustain the program.

Warhol Creative’s new work space will be provided at a preferential rent, Moore said, by Jeremy Leventhal, a museum advisory board member and developer from New York who owns the empty building and whose company has invested in several other commercial and residential properties in Pittsburgh, including a North Side complex of more than one million square feet called Nova Place, which is a couple of blocks from the Warhol.

Moore said that the collective Warhol Creative work space is meant to capture part of the spirit of the Factory, in Manhattan, where Warhol mass-produced images, made films and engaged in what often felt like a lifelong piece of performance art with cameos by people like Lou Reed, Billy Name, Halston, Candy Darling and Baby Jane Holzer.