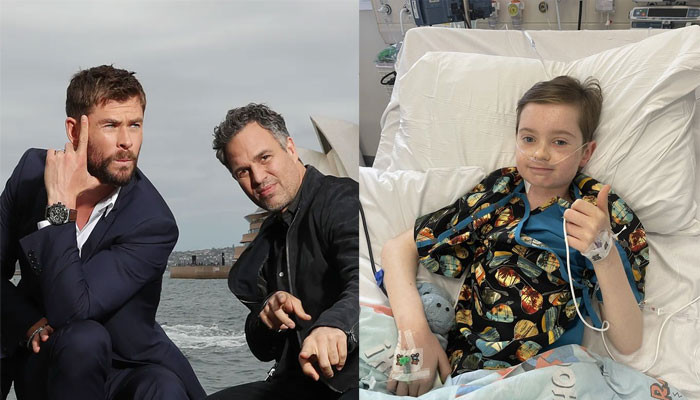 It all started on July 12, when Ivan Hollingsworth asked Twitter to help him contact the Earth’s Mightiest Heroes to ask for their well-wishes as his son Seb recovers from his recent operation.

His message soon caught the attention of The Hulk, Mark Ruffalo.

“I think we have some competition for the strongest Avenger, @chrishemsworth,” Mark wrote. “Get well soon, Seb!”

As it turns out, Chris is in total agreement. “The strongest Avenger by far,” the Thor: Love and Thunder star replied, adding: “You are my heart hero, Seb.”

Meanwhile, Brie, who will star in The Marvels next year, took a moment to make the young fan an official member of the superhero squad, adding, “Seb, welcome to The Avengers.”

In response to Chris’ message, Seb’s dad Ivan tweeted a photo of his son smiling in a field and gave an update on the boy’s condition.

“We have Thor!” he wrote. “Thanks so much @chrishemsworth – this will mean the world to Seb. He’s home now (4 days after heart surgery) and recovering well.”