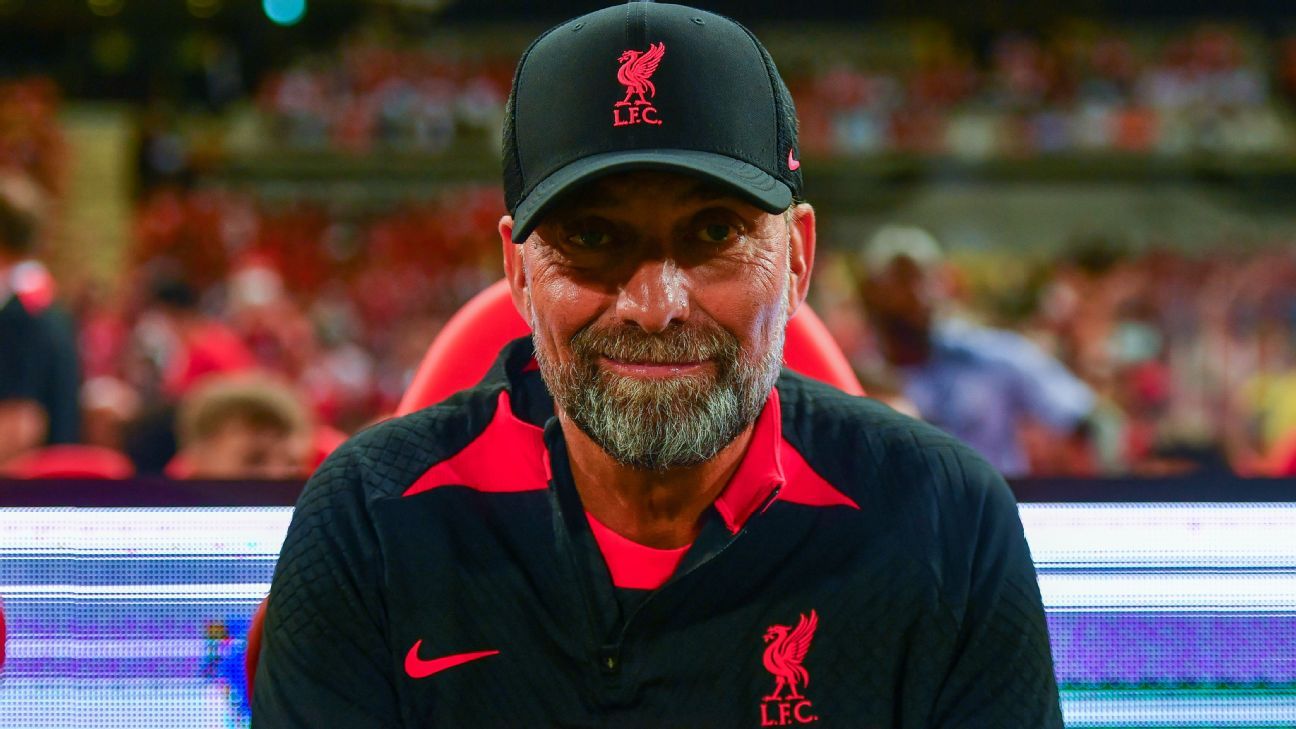 Liverpool will play a friendly one day after their Premier League opener at Fulham next weekend, manager Jurgen Klopp said, adding that his players need more match practice to cope with a packed schedule in the 2022-23 season.

Liverpool, who have played Manchester United, Crystal Palace, RB Leipzig and Salzburg during preseason, clash with Manchester City in the Community Shield at Leicester’s King Power Stadium on Saturday.

They will host Ligue 1 side Strasbourg in a friendly at Anfield on Sunday and begin their league campaign at Fulham on Aug. 6

Klopp said Liverpool will play another friendly the following day against as-yet unnamed opponents to get players up to speed for the new season, which begins earlier than usual because of the World Cup in Qatar in November and December.

“The situation is that [Saturday] is a very important game but we still have to prepare [for] a season, so we cannot ignore that,” Klopp told reporters on Thursday.

“We played last night against Salzburg, we lost 1-0. We trained the day before twice, so pretty intense… I cannot ignore the fact that after this important [Community Shield] game there is a season coming up. So we have to extend our preseason into the season.

“From mid-August on, I think we play every three days, so there is no time for training any more. So we try to do the right things and the schedule is always a challenge, that’s how it is.”

Liverpool goalkeeper Alisson and forward Diogo Jota will miss Saturday’s game against City as they continue to recover from injuries.