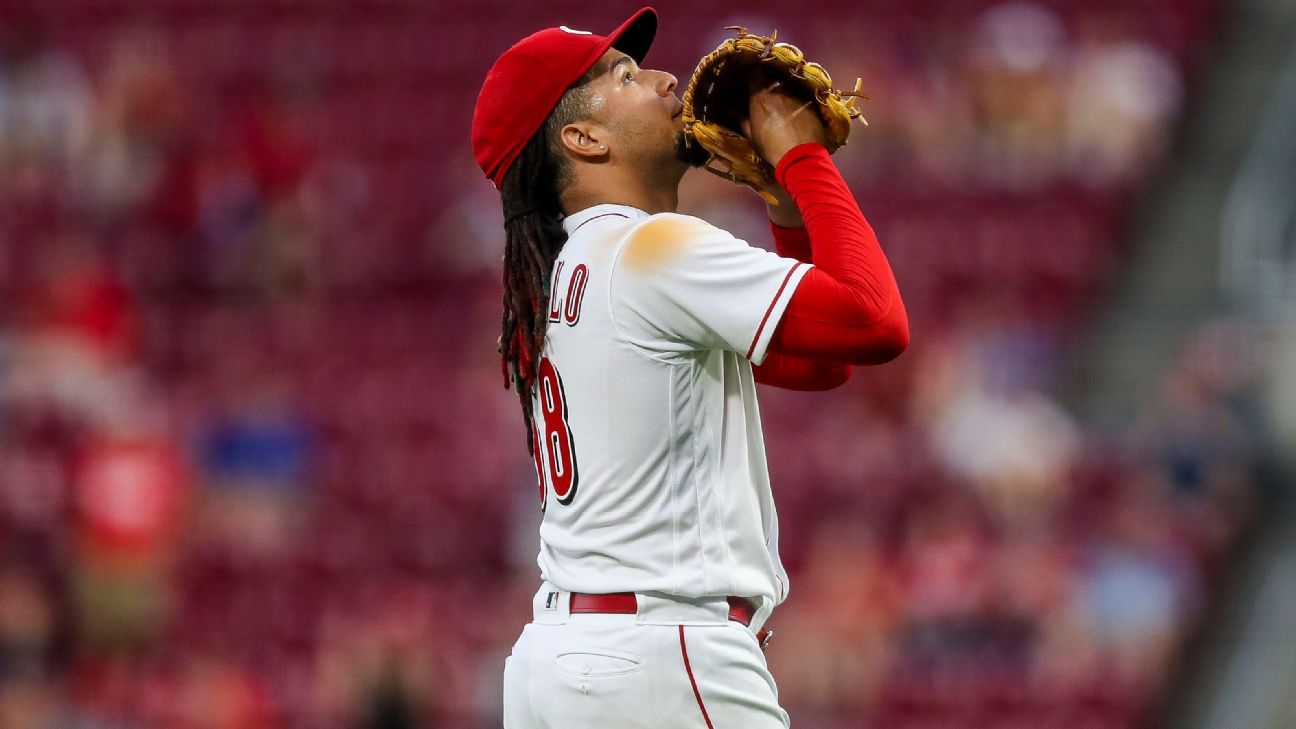 The Seattle Mariners, looking to end a postseason drought that stretches to 2001, acquired the best arm on the trade market Friday night in a deal for right-hander Luis Castillo of the Cincinnati Reds.

Minor leaguers Noelvi Marte, Levi Stoudt, Edwin Arroyo and Andrew Moore are headed to Cincinnati, the teams announced. Marte, a shortstop, is the highest rated of the group, with ESPN’s Kiley McDaniel ranking him the 12th-best prospect in baseball ahead of the season.

The Mariners, led by star rookie Julio Rodriguez, are 54-47, 12 games behind the first-place Houston Astros in the AL West and holding onto the second wild-card spot.

Now, they’ve added the best available arm ahead of the Tuesday trade deadline, one who will join an already-solid rotation that includes Robbie Ray and Logan Gilbert.

It’s a massive pickup for a Mariners team that has not reached the postseason since 2001, the longest active drought among the four major North American pro sports leagues (MLB, NFL, NBA, NHL).

Castillo won’t be eligible for free agency until after the 2023 season, so the Mariners would have him for at least the rest of this year and all of next.

Castillo has bounced back from a career-worst season in 2021, when he lost 16 games and walked a league-high 75 batters. His changeup has been his best pitch for most of his career, but this year, he is actually throwing his four-seam fastball more, and doing so with a lot of success. Opponents have whiffed on 39% of their swings against his four-seamer, the highest rate of Castillo’s career and the highest of any pitcher in the majors (minimum 300 four-seamers thrown).

Castillo has a 1.38 ERA in four starts against the AL this year, second to the Los Angeles Dodgers‘ Clayton Kershaw (0.69) among qualified pitchers.

The Reds have been moving veteran players for prospects since the end of the lockout earlier this year. In March, they traded Eugenio Suarez and Jesse Winker to the Mariners, and Thursday, they traded outfielder Tyler Naquin and reliever Phillip Diehl to the New York Mets.

They’re getting a haul from Seattle in this trade, with Marte and Arroyo ranked among the team’s top 10 prospects ahead of the season by ESPN’s McDaniel.

McDaniel ranked Arroyo, also a shortstop, as Seattle’s eighth-best prospect entering the season. The 18-year-old has spent the season at Single-A Modesto, hitting .316 with 76 runs, 67 RBIs, 13 home runs and 21 steals.

And Moore has a 1.95 ERA in 25 relief appearances at Modesto this season.

Cincinnati infielder Brandon Drury also could be moved before the Tuesday deadline, along with several Reds relievers.