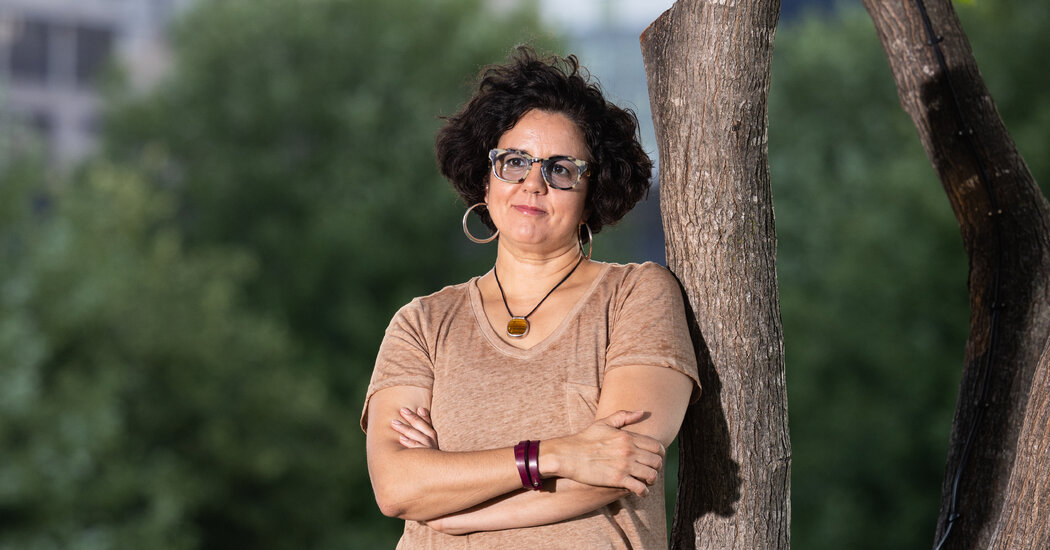 At an independent press editors can offer sustained attention to books “that might need a little bit more development,” she said. After years in the industry, “you see what the book can be when the writer has the capacity to work at their wildest, full potential.”

Graywolf’s list includes acclaimed authors such as Carmen Maria Machado, Maggie Nelson, Percival Everett and Diane Seuss. (Giménez’s own book “Be Recorder,” a finalist for the National Book Award in Poetry, was a Graywolf title.)

Giménez’s focus on growth and mentorship has been a hallmark of her career, according to Suzi F. Garcia, one of Noemi Press’s new co-publishers. “She is looking to create opportunities.” The first book Garcia acquired as a poetry editor — “Beast Meridian,” by Vanessa Angélica Villareal — earned the author a Whiting Award in 2019.

Giménez gave her the space to pursue the project, Garcia said, “but she would not set you up for failure, because she was going to back you up the whole time.”

Anthony Cody, another new co-publisher of Noemi, met Giménez a decade ago and considered her a mentor before joining her staff in 2017. “She’s really helped pull the curtain back and allow people to see how publishing works,” he said, “and demystify some of what, historically, has been gatekept.”

Giménez was born in New York and grew up in Maryland, New Jersey, Southern California, Mexico and San Jose, Calif., where she attended high school and college. As a young person, she wanted to write fiction, “but because I’m so attracted to the granular level of language, I ended up being a poet,” she said.